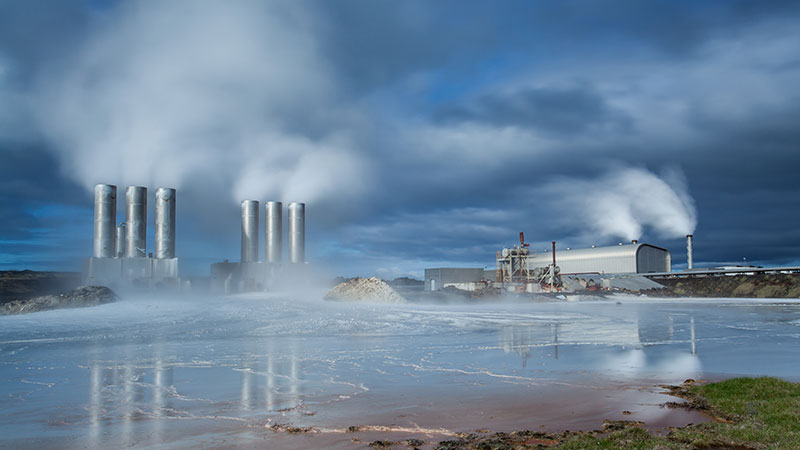 With an increased emphasis on reducing energy emissions and carbon footprint taking center stage, geothermal heating and cooling systems have become a popular choice with home owners across the US. Geothermal systems have been in place since the 1940’s, starting off by providing basic water heating. With the passage of time, incorporation of new technologies and advances in air handling systems have made geothermal systems suitable as a commercially viable alternative to more conventional HVAC systems.

Geothermal heating and cooling systems, also called Ground Source Heat Pumps (GSHP), provide heating and cooling by exchanging heat with the ground. These systems take advantage of the fact that the temperature of the ground remains relatively constant throughout the year, ranging from 45o to 75o F. Depending upon the season, the ground can serve as a heat source, or a heat sink.

Implementation of geothermal space conditioning systems provides anywhere from 20% to 60% savings in utility bills. In addition, even though the initial installation costs can be high, the relatively short payback period of 6-7 years makes up for the upfront investment. After this period, it’s a low maintenance, energy efficient HVAC system for your home.

All geothermal heating and cooling systems have a few common components. These include a mechanism for transferring the heat exchange fluid to the ground and back, a heat pump to move the fluid, and a distribution system.

Let’s take a quick glance at each of these sub-systems and their roles.

All kinds of geothermal systems employ a mesh of interconnected pipes used as heat exchangers placed underground. In the winters, when it is cold in the air but warm in the ground, refrigerant within these coils absorbs the heat from the ground and transfers it into the building. The same process is reversed for the summers, when heat is absorbed from the building and rejected into the ground.

This loop system is connected to the geothermal heat pump. It includes the compressor, pump, and optionally an air handler unit if the system is used to heat up air. This air is then circulated throughout the house using a system of ducts and vents.

Geothermal systems are categorized according to the design of the heat exchangers. They can be closed loops, open loops, vertical, horizontal, pond loops, or slinky loops. Closed loop systems recirculate the already present refrigerant within the system. On the other hand, open loop systems constantly refresh the refrigerant, which can be done by using a freshwater lake or underground aquifer since the refrigerant is mostly water in this case.

As is obvious, the heat exchangers in this type are vertically oriented. Holes are drilled up to 400 feet deep, and U-tubes are placed within them. Multiple U-tubes in different holes are then connected to form a closed network, which is then connected with the pump and compressor (if there is one). 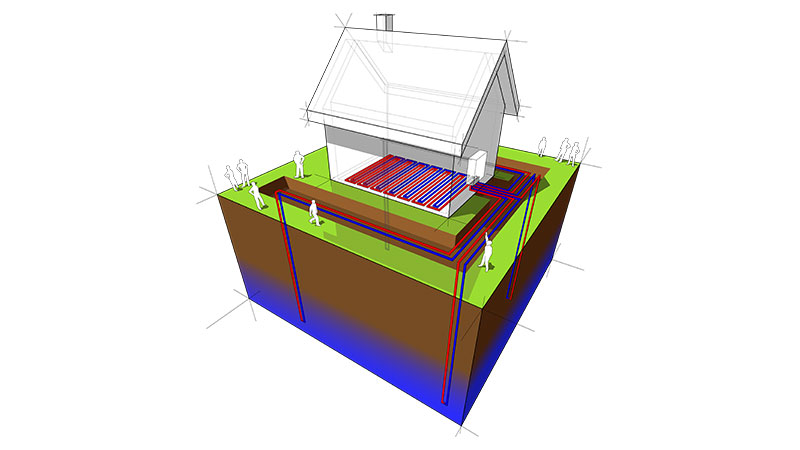 The borehole is then filled with grout, to provide better thermal conductivity between the U-tubes and ground. The number of boreholes, their spacing, depth, and volume of fluid in U-tubes all depend on the soil characteristics, heating and cooling needs of the home, temperature variations.

An advantage of this arrangement is that it can be placed within a small surface area, as compared to horizontal loops. This makes it ideal for small home owners, or schools within built up areas, where real estate can often be a premium. But precautionary measures need to be undertaken so that the bore holes are strong enough not to collapse. Moreover, the drilled subsoil should still be able to hold the buildings within the vicinity.

A horizontal loops system composes of pipes which are placed in a horizontal orientation along the ground. A shallow and long trench, deeper than the frost line, is dug and U-tubes are placed within them. Generally, the depth is anywhere from 1 to 3 meters. The length can be up to 400 feet, depending on the specific requirements. 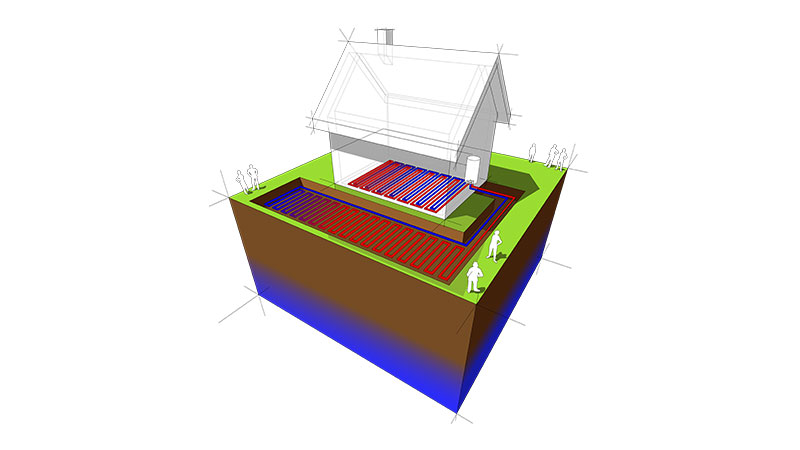 Depth can have a profound effect on the heating and cooling characteristics of a horizontal loop system. If too shallow, the loops can absorb heat from the sun during the change from winter to summer, when the ground is still comparatively cold. This increases the heating capacity of the system. But an adverse effect is that during the winter months, the loops will be cooled down at a greater rate due to their close proximity to the surface.

This problem can be offset by increasing the depth of the loops, with the increased installation cost being offset by the saving in energy. Another solution is to use a thermally non-conductive top layer above the loops. This prevents the loops being affected by the top soil or atmospheric changes in temperature.

Horizontal loop systems are more suited to areas with a large amount of ground available to be dug up, such as large farmhouses, countryside estates etc.

Much like horizontal loops, slinky loops are used where horizontal loops have to be used, but there is not enough length space available. Coil like pipes are placed in shallow trenches similar to horizontal loops. These loops overlap with each other when placed on the bottom of the trench. This provides the same amount of distance for the fluid to pass through within the pipes, but with a shortened coverage length of the whole system. 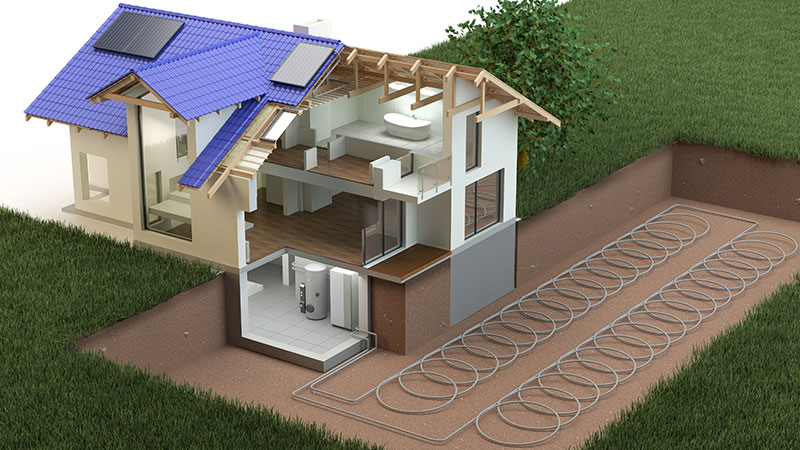 These systems are used where there is a suitable body of water nearby. The loops can be submerged underneath the water or placed on the bed of the waterbody. Such a system has no digging or drilling costs associated with it, and in the case of a fault or leakage, provides for easy extraction of the loop system. The water body should be sufficiently deep, so that the surface effects of temperature do not translate within the loops.

Open loop systems are the simplest of all form of geothermal heating systems. An open ended pipe is used to draw water from an underground aquifer, hot spring, or another suitable water source. This water is then passed through the heat exchangers within the heat pump. The used up water is then discharged within the same water source, at a suitable distance from the water intake. Open loop systems do have a few challenges however. 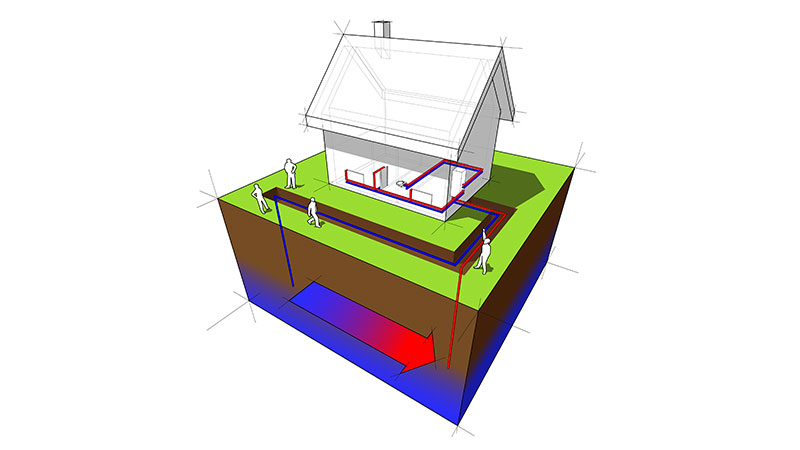 Great care has to be taken to ensure that the input water is sufficiently clean, and also has a suitable mineral composition, so as to not damage the heat pump or heat exchangers. Dissolved chemicals or solids within the water can react with the material of the heat exchangers and serve as a corrosion accelerator. Lime scale can form on the interior of the pipes, thus reducing water flow.

Moreover, environmental regulations in some places require the output water to be treated before being discharged. Even stricter regulations can completely ban the discharge of water, thus necessitating the use of closed loop systems.

Almost every type of a geothermal system has a heat pump with it. It is usually installed in a cabinet, somewhere out of sight. A geothermal heat pump consists of a compressor, heat exchanger, and other allied control systems. If the heating and cooling system uses air to condition the interior spaces, then an air handling unit is also part of the package. 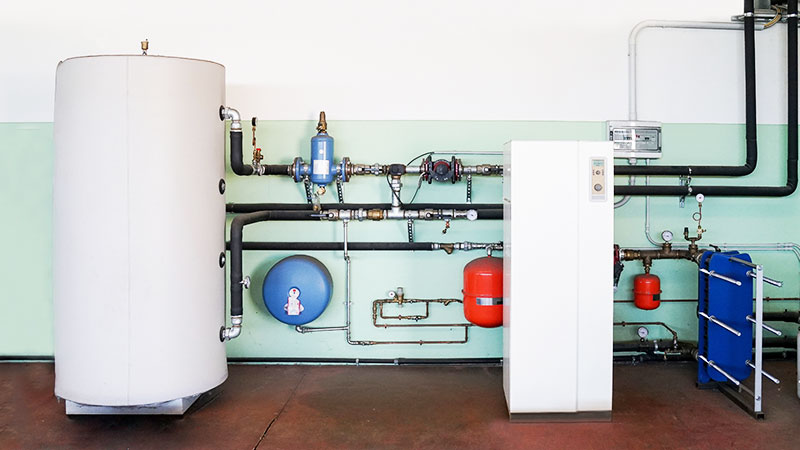 Heat pumps work by exchanging heat between the refrigerant (usually water) in the ground loops and the medium within the ductwork. During the winter months, the water absorbs heat from the ground and travels to the heat exchanger in the heat pump. The refrigerant is then compressed, raising its temperature and turning it into gas. The heat within the refrigerant is then extracted using heat exchangers and passed through a system of ducts or pipes throughout the home. The last step is usually done with air handling units, if air is used to distribute the heat.

This process is reversed in the summer months. The refrigerant absorbs heat from the indoors, and rejects it to the ground through the underground loops. 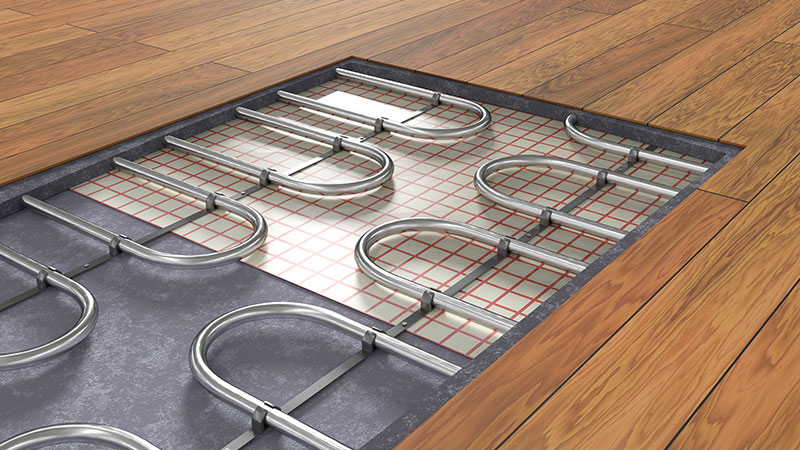 This holds true for systems which transfer heat throughout the building using air, called liquid-to-air systems. Air handling units, which are basically big fans, move large volumes of air across ducts. But in some systems, water is directly pumped throughout homes using pipes embedded in the base structure of the home, or through radiator space heaters – such an arrangement is called water-to-water.

Water-to-water systems can also be used as water heaters for domestic use. A geothermal heat pump can keep the running water at a cozy 120o F, which is less than the required 150-200o F achieved through boilers. But pre-heating the water through a geothermal system results in energy savings with the boiler.

Water-to-water arrangements are a popular option for water distribution systems for heating and cooling. Loops are embedded underneath the flooring or within the walls. These loops remain out of sight and do not make any noise, while still providing heating and cooling. Another choice is to use baseboard heating systems in conjunction with geothermal systems. But be careful with this option, and consult a professional for proper sizing of your home and the heating requirements.

Geothermal systems present a higher upfront initial investment than contemporary home heating and cooling systems though these costs are gradually decreasing. With a growth rate of around 12% annually in the geothermal system market, more and more manufacturers are driving up competition and bringing prices down.

On average, home geothermal systems can cost anywhere from $10,000 to $30,000. The exact amount depends upon the soil characteristics, area to be dug up, whether it is a vertical loop or horizontal loop system, conditioning area within the home, prior ductwork, and installation quality. Higher end versions can cost even more than this.

Enough about the costs, let’s talk about the savings!  At the moment, geothermal systems installed homes are qualified for a 30% federal tax credit. In addition to this, most states or electric utilities provide rebates, or grants to homes using geothermal energy systems. This can also drive down geothermal heat pump costs significantly. To find out if you are eligible for the rebate, head over to the Database for State Incentives for Renewables and Efficiency.

Your electricity utility bills will also take a nosedive. An estimated 42% of home energy use is for heating needs. The use of geothermal systems can reduce this usage by 50%, depending on site specifics. Same is the case with greenhouse emissions.

With an average life of 20-25 years, geothermal heating and cooling systems can result in up to $75,000 in energy savings during the course of their lifetime. The pay off period is much shorter than that, ranging from 5-8 years on average.

Should You Consider Geothermal Systems?

The final choice depends on your specific situation: If it’s a new house or and old one, the heating and cooling capacities required, and much more. Finances also have to be taken into account. Geothermal heat pump costs can look prohibitive. But, as always with HVAC systems, be sure to consult a seasoned professional before spending your cash! 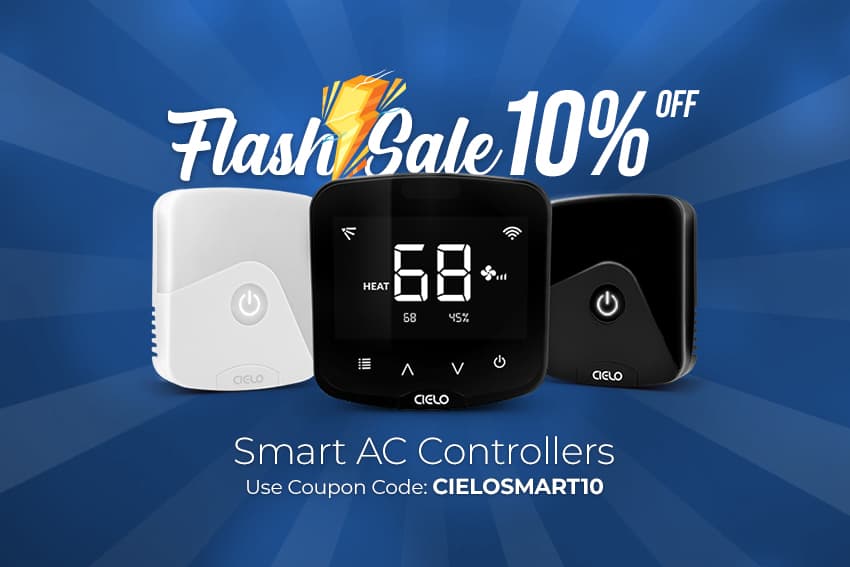