How to avoid power outages during the summer heat wave?

The central and the eastern parts of US are bruised and battered with the summer heat onslaught called the heat wave. The trend has started about a fortnight and is expanding with every passing day. Around 200 million people could be effected in the central and eastern US and few more million in parts of Canada. Plus 100-degree heat indexes have already been observed in parts of Mid-West and along the east coast.

Apart from direct bearing on people, the heat wave is also exposing the weakness in our infrastructure. The July 14th Manhattan outage might be related to excessive heat and resultant over loading of grid in the form of air conditioning. Similarly, incidents of fires in two electric sub stations in Wisconsin on July 19th are supposed to have been initiated on account of excessive load in extreme hot conditions.

What is demand response and why it is important?

The summer heat wave forces the electricity users to turn their air conditioning on full throttle.

This electric-powered cooling puts a lot of extra load on the electric grid which may result in overheating if the load is not transferred. To mitigate the excessive load, the utilities initiate demand response programs that encourage customers to conserve energy during high-demand times on designated days.

Utilities give rebates to customer to participate in the demand response program. The rebates given to the customers are much lower than actual savings achieved by the utilities on initiations and execution of such programs.

The demand response on ducted or central air conditioning is being adopted by many utilities across the country owning to wide spread market reach of multiple brand smart thermostats and their ability to connect to the utility grid.

Another big opportunity for demand response is the stand-alone air conditioner industry where limited smart control offering is a road block for implementation of true demand response.

The standalone residential air conditioner types include window AC, portable AC, mini split AC and package terminal ACs. In big cities like New York, the number of standalone air conditioners are in millions. Problem is that there are almost non-existent smart solution for these standalone ductless systems which can connect them to utility grid for effective demand response system.

Utilities companies like ConEd did initiate pilot projects to harness the potential of standalone air conditioning. The ConEd program in New York city, involved a smart plug connected to window air conditioners to remotely power off the air conditioner in case of excessive load on the grid. The program was good but it was only limited to window ACs plus it was simple power on/off control and other AC operations were not catered for.

The biggest hurdle in implementing a demand response on ductless system is the lack of availability of smart controller which is brand independent and type independent.

The ideal solution for grid connected smart air conditioning is a smart controller which is compatible to all brands of air conditioners available in the market. The product Cielo Breez Plus is an ideal candidate as it is universally compatible with any type of ductless air conditioners having an IR remote control. The product is backed by AWS IoT cloud and front end include the device itself and mobile apps for iOS / Android plus an enterprise web application. The product can be hard wired through 24V just like a normal thermostat.

I believe that the time is ripe for all stakeholders to handle the heat wave smartly. 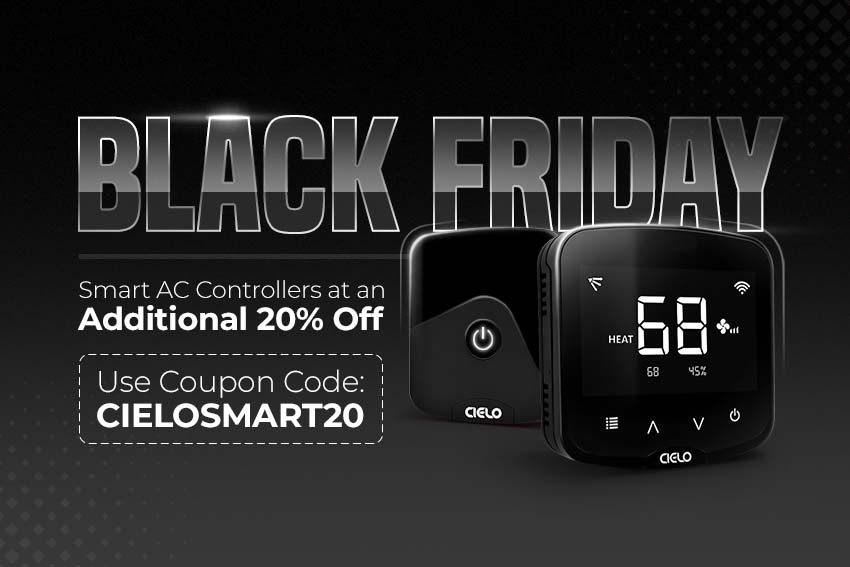